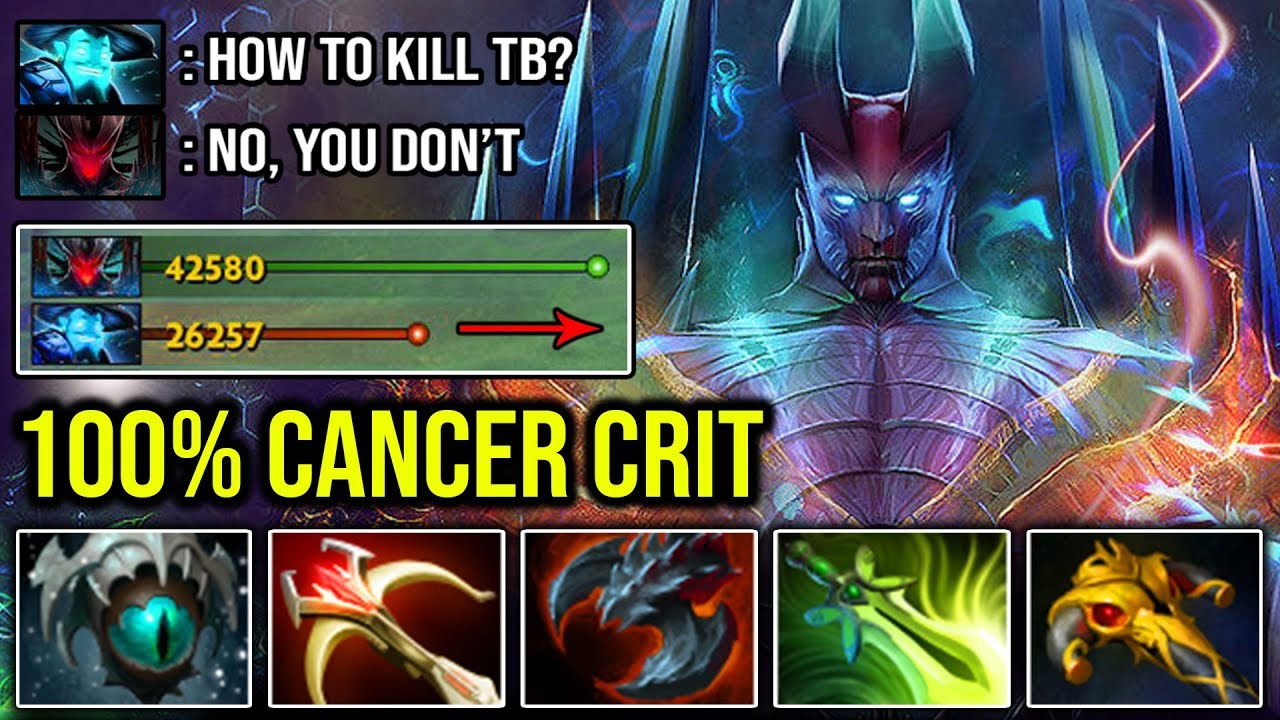 ► This Video Shows: How Powerful Terrorblade is When He’s out of Control with Most Satifying Critical Attack in 7.23e

► I include in the video all information you need such as item build, skill build, how to play, map awareness and every single details you should know to be a better player in DotA…
I also changed the terrain of the game to make it looks better!
Dota 2 has 117 heroes, it’s not easy to learn, so be sure to focus every move in this video.
Quality education videos that you can only find on my Channel.

► What Do I Record and Edit Video with ? I Record with OBS Studio and edit the video with Premier, Resolve, Sony Vegas Pro 15, Adobe After Effect and of course Thumbnail with Photoshop.
I Spend a lot of Time to Edit, so You Better Like This Video 🙂

»»Every Details About the Hero in This Tutorial

►Hero: Terrorblade the Demon Marauder is a melee agility hero who grows to a devastating carry in the later stages of the game. Terrorblade has the highest starting armor in the game, but is squishy due to his low health, meaning he needs strength items to be tanky enough to sustain damage to himself and his illusions. As with all illusion-based heroes, he needs attribute-based items in order to make his illusions powerful. He uses Reflection, which creates invulnerable illusions of all nearby enemy heroes for a few seconds. Conjure Image creates an illusion of Terrorblade that deals considerable damage at max level. Terrorblade can create up to two illusions, which together deal more damage than Terrorblade himself, effectively multiplying Terrorblade’s base damage (but not his bonus damage). Metamorphosis transforms Terrorblade into a powerful ranged demon capable of wreaking havoc on his enemies with its bonus range and damage, but makes Terrorblade slower. Metamorphosis also makes illusions of Terrorblade transform into his demonic form, but they revert back once they wander too far away from Terrorblade. Finally his ultimate, Sunder, swaps his health with a targeted hero, ally or enemy alike. This ability makes ganks on him incredibly risky since he can sunder a hero before finishing them off with a few attacks. With his two illusion-based abilities, the ‘semi-ultimate’ Metamorphosis and his ultimate, Sunder, Terrorblade’s skill set makes him a strong foe in the early game and absolutely terrifying at the later stages of the game. He is usually played as a hard carry.